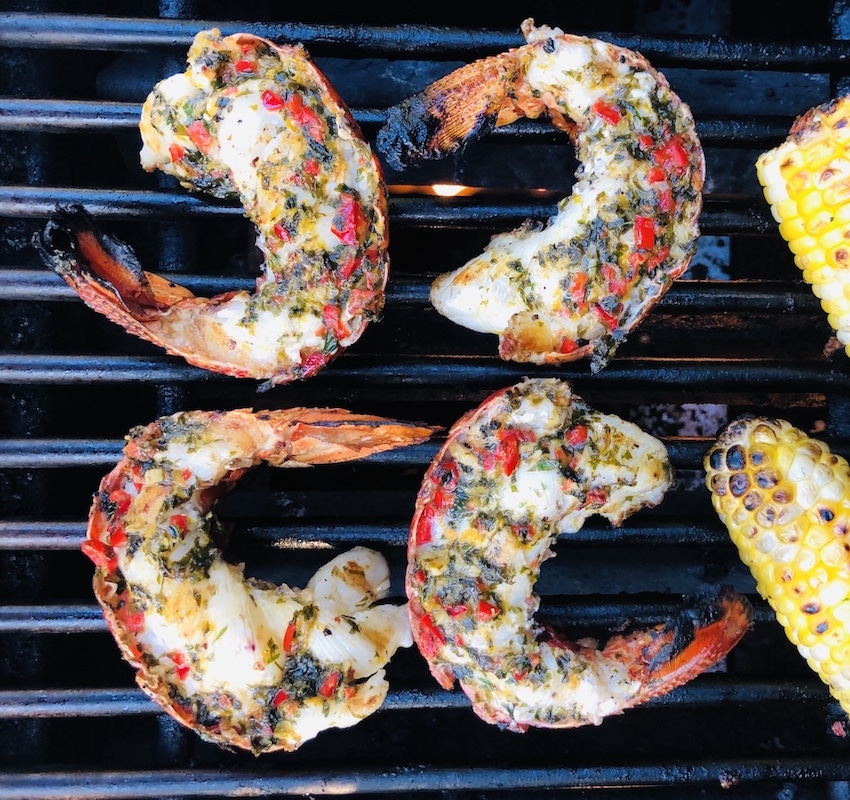 Don’t let Barbie tempt you, this blog feature is about Bob Blumer’s lobster recipe, not shrimp!

If you haven’t heard the rumor swirling around the Napa Valley, winemaker Rob Lloyd is a pescetarian. This may have been why Rob selected our next recipe ‘Grilled Lobster Tails with Citrus-Infused Butter’ by Gastronaut and ‘Flavorbomb‘ cookbook author Bob Blumer in Part II of our five-part Holiday Series. Read Part I…

Blumer has long been known for his surreal recipes that look like, say, a flower pot, yet turns out to be a to-die-for salad. Humor has also been a signature of Blumer’s culinary artistry. On one occasion, a couple of years back, Blumer served up his famous ‘Shrimp on the Barbie’ recipe at a Napa Valley dinner to appease Rob’s pescetarianism ways. The guests were quite amused and then sated by the pure deliciousness of the dish!

For our Holiday Series, we’re taking the crustacean-theme up a couple of notches with Blumer’s grilled lobster recipe. As Blumer says, “Nothing says decadence like grilled lobster tails basted with a cilantro-chili-citrus butter.” 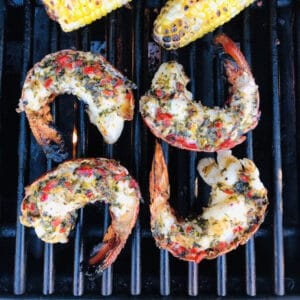 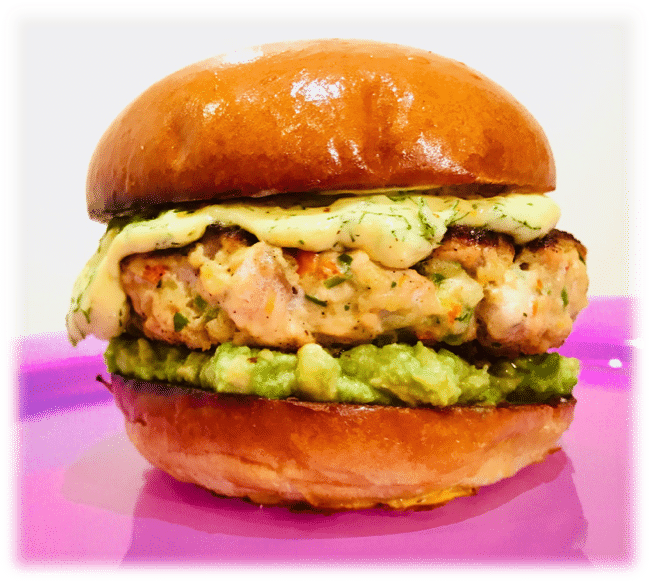 A rogue guide to making everything taste better

If you live for wildly addictive, life-affirming taste sensations that knock you off your feet, yet can’t figure out how to make them at home, you have just found your kindred cookbook spirit. Welcome to Flavorbomb, by Bob Blumer, and published by Penguin Random House Canada.

Blumer, a gastronaut, artist, and eight-time Guinness World Record holder, is the creator and host of the television series Surreal Gourmet and Glutton for Punishment, and a producer and host of World’s Weirdest Restaurants. His shows air on various networks in more than twenty countries worldwide.

Rob and Bonnie Lloyd have been fans of Blumer’s mind-bending creativity and ‘flavor bomb’ dishes for many years. Luckily, Blumer is a fan of Lloyd Cellars’ wines. For the 2020 holidays, the trio has decided to team up to pair a couple of Blumer’s Flavorbomb recipes, along with a selection of other past cookbook recipes that love Lloyd Cellars wine!

The Lloyd’s met Blumer through their years as wine co-hosts for MUSEXPO: The United Nations of Music & Media in Los Angeles. Each year, Blumer hosts a private brunch at his home in the Hollywood Hills for the conference’s winery partners. It was at one of these brunches that Blumer ‘tested’ the following Swingin’ Salmon Burger recipe on the Lloyd’s and friends, so we thought it appropriate to start the Flavorbomb narrative with this delicious pescatarian burger.

In the coming weeks, we’ll be sharing some amazing holiday gifting ideas, including one with Blumer’s new book, as well as five recipes in a series of stories as part of the launch of our new News & Recipes blog. We now share Blumer’s Swingin’ Salmon Burger recipe, which pairs beautifully with both our Carneros Chardonnay and Sta. Rita Hills Pinot Noir! 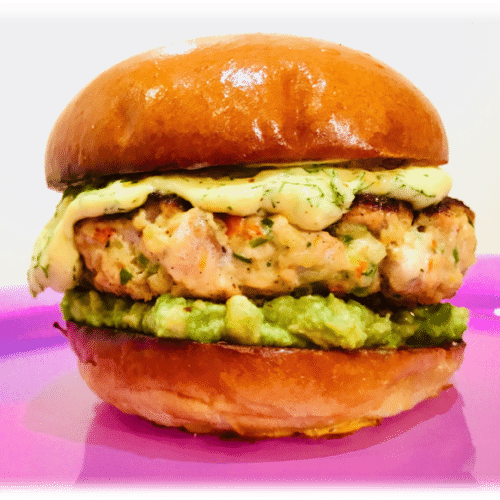 This juicy salmon burger goes both ways. It swims upstream and down—and it pairs equally as well with our big luscious Sta. Rita Hills Pinot Noir or our complex Carneros Chardonnay.

To serve Schmear bottom bun with aioli, and top bun with avocado